As I grew older, I have come to realize that,

It is true how your surrounding can influence how you react to certain situations, how when you were younger you were oblivious to how your character got molded along the way.

That the long years you've been exposed to the same behavior and traits, you've had it rubbed in you that you sometimes end up doing the same to others and can't help it overpower you no matter if you're already aware of it.

That suppressing your feelings and emotions has both pros and cons. The disadvantage being that you get triggered by the same factors which had you worked up before and never got fully addressed, exploding when you've had enough, all because of the so-called advantage of not having hurt other people by not saying or doing something about your frustration, anger and disappointment.

That should you have acted differently on a situation, it may have changed the way things are today, but that was how you were at that exact moment and you could only move on and learn from the experience.

That no matter how hard you try to be better, if not the best, version of yourself for the many roles you play - being a child, a sibling, a parent, a relative, a friend, you can never make things fully work out. And in the process of trying, you’re only making it harder for yourself because you are always torn of how to make a win-win result for everyone. And because of that you wish the people around you would understand. Everything that's going on inside you. How confused and desperate you are, how much you try not to let the negative emotions consume you.

Being a woman makes it alot more difficult. Why? For the reasons that you'll always be the more emotional gender, the one with the complex hormones from puberty until adulthood or even motherhood (and how some of the opposite sex shrug it off as just your excuse to get away with something you did or reacted about, yet many women have had exactly the same sentiments) and the one whom other people seem to have so much expectations from.

That circumstances could make or break you (so just choose not to let it). Many times you'll fail but keep trying. Especially when there's no immediate solution. At least you have the resolve and find that restraint inside you.

That there can never be two leaders where it matters. You'll end up clashing with your unique personalities.

That not everyone in your little bubble would see things eye to eye with you. And it's okay as long as you acknowledge it. Again, you'll just end up stressed and drained forcing things to be different, positively different.

Yes, you'll be judged by how you see things but that's just how you perceive them. Flawed maybe, but at least it's your own line of thinking and you're entitled to it. Acceptance will always be key. And pouring your heart out when you call on to God for help and guidance when things just get way too out of hand and you feel burdened, because He is the only one who could truly understand you.

You'll realize alot of things and more through someone else. It's part of becoming mature. Just embrace it. 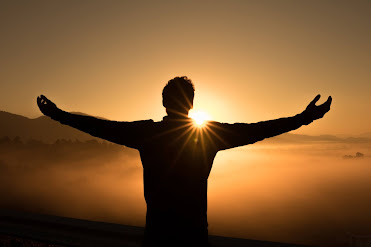 Posted by debbie No comments:

May you not get the bad traits and weaknesses that your parents have; learn from their mistakes.

Grow into a person of integrity and good temperament that you may never raise your voice especially to people that really matter.

God shield you from the harsh reality of the world, so that it won't influence how you see people around you.

May you gain maturity and be responsible to know how to handle situations well and act accordingly to other's emotional needs ahead of your own.

Be assertive enough to succeed amongst people who'll have no qualms to try to step on and discourage you from reaching your goals.

Find happiness amidst all challenges that life may bring.

Know that no matter how you may sometimes tend to forget and take for granted the people who will always be there - your family, with their own flaws, that you're then made confused into believing you're not contented and satisfied, that something seems missing... in the end they should always be the ones deserving of your love and respect.

Always pray to God for guidance, wisdom and strength and He will surely lead you into the right path. For someday you will become a parent and more yourself.
Posted by debbie No comments:

Thank you for visiting!

When a not-so-common word comes across my mind, I often look it up.

Usage:
"Be canny: you will get more of what you want" in Inspiring Web Find: A Father's Rules For Finding Fulfillment

I value comments regarding my blog posts (the likes and +1's too). Thank you for the encouragements!